A podcast for the 2021 METROPOLITAN MUSEUM OF ART exhibition about Cosimo I de’ Medici and his wife Eleonora of Toledo. Only a teenager when he became duke, he leveraged art and his community to reinvent the Medici name in his rise to power in sixteenth-century Florence. Commentary by  Jenny Tiramani, head of the School of Historical Dress; Alessandro Lai, costume designer for the Netflix series Medici; contemporary portraitist Bisa Butler; and Renaissance scholars Linda Wolk-Simon and Victoria Kirkham. Narrated by Edoardo Ballerini. 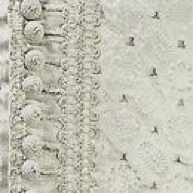